Foreigners/non-Filipinos are already quite a common sight all over our country that you can easily spot and recognize them just about everywhere. Because the barriers between Filipinos and foreigners are not really a lot, it is not a surprise that some of them would want to stay and make a living here by getting a job or even by establishing their own businesses.

Filipinos are recognized all over the world for our hospitality and as great English language speakers. In fact, with 90 million English speakers and an EPI score of 67.4, the Philippines has been the only country to rank in the top 5 for the numbers of English speakers and English proficiency alike in 2017. These things can be considered as some of the factors why foreigners feel encouraged to invest in the country.

If you think about it, having foreign investors can actually help out Filipinos by creating additional jobs and opportunities, however, there are numerous strict rules and regulations that must be followed which will be discussed in this article later on. But first, let’s find out further why Philippines is such a great country for foreign investors.

What are the Top Reasons Why Foreigners Want to Invest Here?

Recently this year, a global business report has named the Philippines as one of the countries to best invest in for 2019. Additionally, the US News and World Report placed us on the 50th spot for the best market nation for foreign investors on its latest rankings. These recognitions definitely say a lot about our nation’s economic growth from an agricultural country to a newly industrialized one. Nevertheless, here are the other factors for foreign investments in the land:

What Do Foreign Investors Need to Know?

Since there are a lot of rules and regulations not only concerning a market entry in Manila, Philippines but also about foreign investment all over the country, let me provide you with the basic knowledge of the important things that you need to know.

According to R.A. 7042 or the “Foreign Investments Act of 1991”, a non-native is allowed to own a corporation or have more than 40% of ownership in a company if his/her paid-in capital is equivalent to at least $200,000.00. This required capital can be reduced to an equivalent of $100,000.00 if any of the following conditions are met: the company involves advanced technology (as defined by the Department of Science and Technology) or if they hire at least fifty (50) direct Filipino employees.

You may ask, what if they do not have that amount for a paid-in capital? To protect Filipino businessmen, foreigners may only have up to 40% of shareholdings for companies that don’t have the required minimum capital. There may be other legal ways or conditions where a foreign investor can own more than that but it is best to talk about it with a credible and experienced lawyer. Yap, Kung, Ching & Associates law office is highly recommended for its wide array of lawyers with a vast knowledge of such subject. You can contact them through +632 251-3404, +632 716-3392, or +63 906 415 1218.

Due to the limitations provided above, the most common type of ownership or business identity type among foreigners in the country is a domestic corporation with foreign shareholdings. Even though it is common and it seems as if it’s easy to establish, there are still a number of terms a domestic corporation with foreigner shareholders must adhere to such as the number of officers (which is at least 3) every corporation in the Philippines requires. These 3 officers are President (could be a non-resident, must be a director of the company, and hold at least one share), Corporate Secretary (must be a Filipino citizen), and Treasurer (must be a resident in the Philippines).

Market entry in the Philippines is not easy, especially if we’re talking about the legal side. Our laws are still being developed and improved just like how a few years ago, at least five incorporators are needed to be able to set up a company in the Philippines, but then the New Corporation Code took away the minimum number of incorporators, which led to the approval of establishing corporations even with just one shareholder. There are also recent amendments made in our Foreign Investments Act, which makes it a bit confusing.

Establishing a business in the Philippines is very promising but can get difficult too. That’s why if you’re a foreigner seeking further information about how you can build your business or investments in the country, it is always best to talk to the experts. It’s very risky to process these things your way without enough knowledge, so never hesitate to contact a lawyer for help.

Want to know the most common property taxes here in the Philippines? I suggest you read this article titled “What are the Common Taxes & Fees When Buying Properties in the Philippines: Tips from a Real Estate Lawyer in Manila, Philippines?” before settling down in the country.

Previous PostWhat are the Most Common Corporate Special Projects in Manila, Philippines?Next PostWhy Lawyers in the Philippines Have a Fulfilling Career?
0Shares
market entry 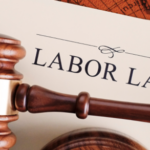 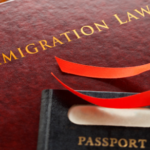 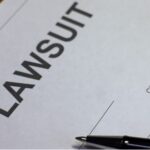